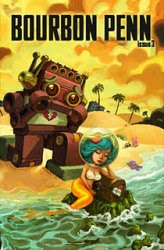 The fantastic element comes in late in the tale, and Henderson keeps it vague just what's happening. The focus of this story is on the kind of everyday resentments that might lead someone to make the sort of terrible choice demanded in a fantasy story. "The License Plate Game" is a nicely written, thought-provoking piece.
Posted by Fantastic Reviews at 11:18 AM 2 comments: 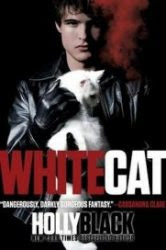 To read the entire review -> White Cat
Posted by Fantastic Reviews at 8:22 PM No comments:

New Story Published :: "The Burbles" at The Dream People 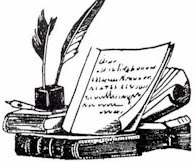 My latest story, “The Burbles,” has just been published on-line in Issue 36 of The Dream People. “The Burbles” is the first Bizarro story I've attempted to write, so I’m vey excited to have it appear at The Dream People, a respected Bizarro publication. In addition to my piece, Issue 36 of The Dream People includes a story by Cat Rambo, one of the best new authors to emerge in the past few years (her collection Eyes Like Sky and Coal and Moonlight is excellent), an interview with outstanding mystery and horror author Joe R. Lansdale, and much other goodness.
Posted by Fantastic Reviews at 12:01 PM No comments:

Glen Duncan Is A Dick 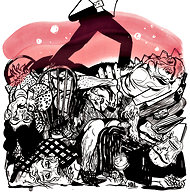 [The following screed reflects the opinions of contributor Aaron Hughes, and not necessarily the views of the Fantastic Reviews Blog. It concerns an issue about which Hughes is perhaps a tad oversensitive, but that doesn't mean he's wrong.]

I've never met Glen Duncan, so I don't know if he's always a dick. What I know is he made a dick of himself with this review in the New York Times. Duncan reviewed Zone One by Colson Whitehead, a new zombie novel by a respected mainstream author.

In his review, Duncan snickers that knuckle-dragging genre readers will balk at Whitehead's use of terms like "cathected" or "brisant." He makes a point of dropping fancy terms of his own -- I had to scratch my low brow at his reference to "ludic violence." But China Miéville, arguably the most important British fantasist of the current generation, doesn't shield his genre readers from his extensive vocabulary. If Duncan hasn't read Miéville, how about J.G. Ballard and Thomas Disch, British authors who were using lots of them big words in their genre fiction before Glen Duncan learned to stop sucking his thumb? Duncan's assertion that authors must dumb down their language to satisfy genre readers is demonstrably false, and only reveals his own appalling ignorance of the genre he is currently writing in and writing about.

(As an aside, Colson Whitehead doesn't seem to share Duncan's insulting and condescending attitudes. He recently admonished literary purists asking why he would write genre fiction, "Don't be such a snob." So we should try not to hold Duncan's deplorable review against Whitehead.)

I will grant Duncan that genre readers have less tolerance than "literary" mainstream readers of aimless meanderings in their fiction. In his review of Zone One, Duncan is untroubled to declare that the book has no plot, and he snidely dismisses anyone who might dislike this as suffering from "limited attention span." But could it be that genre fans are simply more discerning readers? The strength of the science fiction, fantasy, and horror genre is that most of its authors seek to combine an effective writing style with an engaging story. And once you become accustomed to books that tell a good story, you can quickly lose patience with those that don't.

A few days before Duncan's obnoxious review, the New York Times published a more thoughtful review of recent genre fiction by Dana Jennings. Jennings correctly identified Geoff Ryman's "Pol Pot's Beautiful Daughter" as one of the most powerful stories of the past decade. "Pol Pot's Beautiful Daughter" is a ghost story by a genre writer, but I would be surprised to learn that Glen Duncan has ever in his career written a passage as beautiful or thought-provoking.

Of course, not all genre fiction holds to this level. A few authors have found great commercial success despite clunky prose, by keeping their stories moving along and usually by including plenty of sex. But a great many science fiction, fantasy, and horror authors take a far more literary approach to the genre. And the readers who enjoy their literary genre fiction are in many cases the same readers who made Glen Duncan's Last Werewolf a success. If Duncan would like the sequel to earn out its advance, he had best hope that his readers were too busy watching porn to read the New York Times this weekend.
Posted by Fantastic Reviews at 8:00 AM 11 comments: