Aaron's Story Recommendation of the Week :: Deutoroi by Samantha Henderson

My story recommendation of the week goes to Deutoroi by Samantha Henderson, from the First Quarter, 2010 issue of Abyss & Apex. This is Henderson's second SROTW, putting her in strong company with Paolo Bacigalupi, Catherynne M. Valente, Aliette de Bodard, Leah Bobet, and Eugie Foster.

Our protagonist Merea is the Thessa, a woman able to communicate (to a degree) with animals, trees, even the wind. As the story begins, Merea is pursued by would-be king Dathan, who needs her to help track down the Deutoroi, the white stag whose blood is necessary to give a king legitimacy in this land. Merea is drawn to this destiny but also fears it will drive her insane:

The Thessa must surrender to madness to find the Deutoroi, and all Thessa went mad in time. That's what she had come to understand after her mother died, and what she most feared. The horror of losing herself in the wind that lashed the tops of the trees, or giving in to the voice that called her from the west, from the Narcos Wade. The horror and delight of it. She heard it in the whispering of the plum trees when she was sent to pick their fruit, in the smell of a breeze that brought her up short, prickling all over.

I just loved this story. The writing is evocative but never ostentatious. It has a simple, pastoral setting, but Henderson hints at fascinating complexities to this world. The tale moves quickly in a predictable direction, yet still packs several surprises. Our sympathies are initially with Merea, hunted and used by Dathan, but we soon learn that Dathan is motivated by a sincere desire to prevent war, and we begin to wonder if Merea is truly blameless or has shirked her responsibilities. A similar pattern unfolds as they begin their hunt for the Deutoroi.

Webzine Abyss & Apex is one of the most reliable free sites for excellent fiction by up-and-coming authors. In the past two years alone, it has published work by Camille Alexa, Marie Brennan, Aliette de Bodard, Vylar Kaftan, Ruth Nestvold, Tony Pi, Cat Rambo, Patricia Russo, Ken Scholes, and Lavie Tidhar, among many others. Go give it a read, starting with "Deutoroi".
Posted by Fantastic Reviews at 1:15 PM No comments: 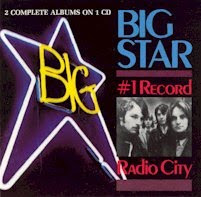 Here are my nominations (strangely lacking in gender balance) for the Hugo Award for Best Short Story of 2009:

I think the Kij Johnson story is the only one in this group with much of a chance at making the final ballot, even though (or perhaps because) it is rather a disturbing, unpleasant reading experience. Good luck to all these excellent authors just the same!
Posted by Fantastic Reviews at 6:00 PM No comments:

Here are my nominations for the Hugo Award for Best Novelette of 2009:

(Note that the publications listed are the original publications -- several of these stories have already been reprinted.)

Novelette is often my favorite of the short fiction categories, and this year is no exception. This is an outstanding list of stories, and I would dearly love to see some of these on the final Hugo ballot.
Posted by Fantastic Reviews at 2:55 PM No comments:

I didn't get to read that many novellas from 2009, but the small number I read included some outstanding stories. I plan to nominate these five for the Hugo Award:

With the exception of "The Wide, Carnivorous Sky," which is more likly to appeal to horror readers than SF fans, all of these have a reasonable chance of joining John Scalzi's The God Engines on the Hugo ballot. (I haven't yet read The God Engines, but given Scalzi's popularity with the Hugo voters, I am confident he doesn't need my help.)

Good luck to all of these deserving authors!
Posted by Fantastic Reviews at 3:20 PM No comments:

If I had to submit my Hugo nominations today, these are the novels I would nominate (in alphabetical order by author):

I fully expect the Bacigalupi and Miéville novels to make the final ballot, and I would love to see any of the others recognized as well.

Obviously, there are many great novels from 2009 I have not yet read. Given what I know of the authors and what I've heard about the books, these are the five I suspect have the best chance of moving into my list, in the unlikely event I am able to read them in the next ten days:

I will update if my list changes before the 13th.
Posted by Fantastic Reviews at 10:33 AM No comments: