Aaron's Story Recommendation of the Week :: Gingerbread and Ashes by Jaelithe Ingold 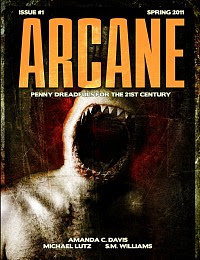 My story recommendation of the week is for "Gingerbread and Ashes" by Jaelithe Ingold from Issue #1 of Arcane Magazine.

"Gingerbread and Ashes" is told from the point of view of Hansel, many years after he and Gretel encountered their witch. Now Gretel has disappeared, and Hansel returns to the witch's gingerbread house, on the hunch that Gretel has been drawn back to the scene of their famous story. If that sounds like a formula for a charming or silly tale, guess again. "Gingerbread and Ashes" is marvelously creepy and disturbing.

Hansel and Gretel have had a bitter go of it since their famous adventure, for none of the villagers wished to believe their story. The remains of the gingerbread house serve to remind them of their lost innocence:

My ebony walking cane helps me to totter along the dirt. Peppermint sticks once formed railings along the toffee-colored path, but both are now gone. Licked away by the forest.

We discussed it once. Whether the gingerbread house should have vanished when the witch died. If the house was enchanted, if its survival depended upon the witch, then it should have long melted into the forest floor.

But the house remains far beyond the witch's lifetime, which means something else is at work here.

In the gingerbread house, Hansel encounters a ghostly presence, or perhaps two, and sorting out who is who makes for an engaging story. On a metaphorical level, "Gingerbread and Ashes" is a powerful examination of how difficult it is for children who survive a traumatic experience to move past it and have a healthy adult life.

Arcane Magazine (subtitled "Penny Dreadfuls for the 21st Century") put out a call for the kind of stories H.P. Lovecraft or Clark Ashton Smith might be writing today if they were still around. The stories editor Nathan Shumate has selected are mostly dark, but in an interesting variety of ways, including the odd tongue-in-cheek piece. But I'm biased, since I have a story forthcoming in Arcane (one of the tongue-in-cheek ones), assuming the magazine finds enough support to keep it afloat.

I've never met Jaelithe Ingold and I know almost nothing about her, but apparently her work appeals to the same editors mine does. She and I have both appeared in Linger Fiction this year, we've both sold a story to Arcane, and we both have stories forthcoming in Abyss & Apex. Here's hoping she sells to Asimov's and F&SF very soon!
Posted by Fantastic Reviews at 9:36 PM No comments: 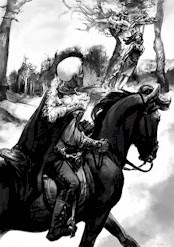 The tale is told mostly through dialogue between the two characters, exquisitely written dialogue that gradually reveals the characters' fascinating and cleverly interrelated backstories. This is a story in which almost nothing happens onstage, and yet Lyman manages to make it all feel dramatic and satisfying. Outstanding work!
Posted by Fantastic Reviews at 8:46 PM 2 comments: