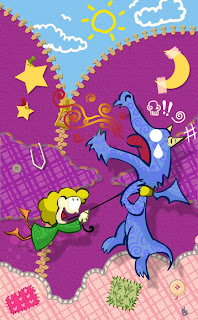 I highly recommend "Dragon Dreams," and since it won't take you but two minutes to read, what possible excuse can you have for not checking it out?
Posted by Fantastic Reviews at 10:30 AM