"The Day the World Turned Upside Down" for Novelette :: Aaron's Take on the 2015 Hugo Nominees 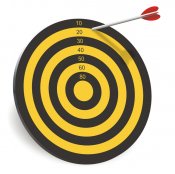 Yesterday I (Aaron) went through this year's Hugo nominees for Best Short Story, all of which were stuffed onto the ballot by the Sad/Rabid Puppies, and recommended voting No Award in that category. Today we look at the nominees for Best Novelette. In this category, there is a single well-written nominee to which I could justify giving an award, "The Day the World Turned Upside Down." By an odd coincidence, it's the only nominee we've looked at so far that was not a Puppy choice. I urge you to vote for "The Day the World Turned Upside Down" and to rank No Award above everything else in this category, because they're not legitimate nominees and because they're not Hugo-worthy.

The people selecting the Puppies' Hugo slate was an exceedingly small group, perhaps no more than Brad Torgersen and Vox Day. (Puppy supporters like to tell a tale about the nominees being chosen democratically, distilled from a recommendations thread on Brad's blog. Here's the thread. You will not find a single one of the Puppy nominees for novelette mentioned anywhere on the thread. One of the short story nominees is mentioned, but only by the story's author.) I've concluded that they were not sincerely looking for the best stories they could find, but rather used bloc voting for a slate as an unethical means of getting their friends on the Hugo ballot, regardless of the quality of the nominated work.

Here is one of the obvious giveaways: many of the Puppy short fiction nominees are not short fiction at all, but rather excerpts of novels in progress. Analog has an editorial practice of printing many of its authors' novels one section at a time, essentially serializing the novels, just not in consecutive issues. If the readers don't mind, there's nothing wrong with Analog doing that. But it's pretty near impossible to claim with any sincerity that part two of a four-part novel is also one of the best novelettes or novellas published in a given year. (In theory, an excerpt could stand alone just fine, but in practice one seldom does, and really there's something wrong with your novel if it does, but I digress . . .)

"Championship B'tok" is a case in point. This story picks up right where the previous section (printed in Analog as "The Matthews Conundrum") left off, and the first part of the story hastily catches readers up on the story so far. Then "Championship B'tok" ends right in the middle of the tale — the editors might as well have printed "To Be Continued" at the bottom of the page. The narrative doesn't do much for me, but even if you really enjoy it, it's only part of the story. There's no real beginning, no ending, no resolution; the whole thing exists to be plugged into a larger story that will be published as a novel sometime. What a slap in the face to everyone who published an actual novelette last year, to suggest that this fragment is more deserving of Hugo consideration than their complete stories.

"Ashes to Ashes, Dust to Dust, Earth to Alluvium" is at least a complete story. But I find the writing awkward and the characters lacking in any personality, other than telling each other bad puns. I don't think this story reflects the best work of Gray Rinehart or the best of the work published in InterGalactic Medicine Show last year (which I'll disclose included a story of mine), and it certainly does not rank with the best novelettes to appear in the field in 2014.

"The Journeyman: In the Stone House" is another novel excerpt (as suggested by the colon). It was preceded by "The Journeyman: On the Short-Grass Prairie," and Flynn has already followed up with "The Journeyman: Against the Green," which appeared in the very next issue of Analog after "In the Stone House." I rather like the writing of "In the Stone House," but the story does not stand alone — nothing is resolved at the end — and this section is rather short on SFnal elements. Flynn's appearance here is also puzzling given the Puppies' stated intention of nominating works that would not have been considered by the damlibruls running SF fandom, since Flynn has previously been nominated for the Hugo Award six times.

"The Triple Sun: A Golden Age Tale" is written in an amusing style. But the absurdities in the plot pile up so fast — did the researchers posted on this planet for the last thirty years ever do any work at all? — that it's difficult to tell if the story is even meant to be taken seriously, or if it's intended as a parody of the kind of Golden Age tale the Puppies hold in esteem.

Which brings us to Thomas Olde Heuvelt's "The Day the World Turned Upside Down," the only nominee in this category not selected by the Puppies and, wouldn't you know it, the only one that actually reads like an award nominee. There are two things you have to allow the story to enjoy it: first, that it's a surrealist piece, not aiming for believability; second, that the protagonist is obsessive, not meant as any kind of role model. (The Puppies generally say they don't care for such complexities, even though works by the authors they claim to admire, like Heinlein, are chock full of them.) But then, neither is the protagonist evil. He is a person who has lost his bearings, and cannot get the world to make sense in his mind anymore. This is a feeling most of us have had at one time or another, but the story takes those feelings and externalizes them. It's nicely done and makes for fascinating reading, even if the author carries the metaphor a bit longer than he needed to.

I'm not sure "The Day the World Turned Upside Down" is a great story, but it's at least very good. Plus, it has something going for it that nothing else in this category has: it appears here because a lot of people independently read it and enjoyed it and decided to nominate it, y'know, the way the Hugos are supposed to work.
Posted by Fantastic Reviews at 3:20 PM

I agree that _The Day The World Turned Upside Down_ reached the ballot honestly, and gave it fair consideration on that account. However the story didn't work for me--in particular it didn't work because I found the main character entitled, self-absorbed, creepy and dangerous when I was apparently expected to sympathize with him.
In the "likable character overcomes significant obstacles by her own efforts to achieve a worthwhile goal" formula for plot that whole "likable character" thing is key for me, I guess.
In a normal Hugo field I might not have put it below No Award, figuring that if it beat out a field of Hugo-caliber competitors it deserved the win. Agains the current Puppy-lamed competition I didn't feel I could do that. YMMV of course.

I've talked to others who had the same reaction as you. I certainly agree the guy is self-absorbed, not to mention obsessive and someone with a slippery grip on reality. I didn't think he was intended to be a likable character, and I was able to enjoy reading about him anyway, but I can see how he might not work as a protagonist for a lot of readers.

I could maybe have gone along with the surrealism if the protagonist was not such an unredeemable guy. Ugh. One of the three categories where I put No Award at the top position.
("Totalled" did barely beat out No Award for me in another Puppy filled category.)