Battle of the 2012 Books, Bracket Eight, Second Round :: A Pretty Mouth by Molly Tanzer vs. Blood and Feathers by Lou Morgan 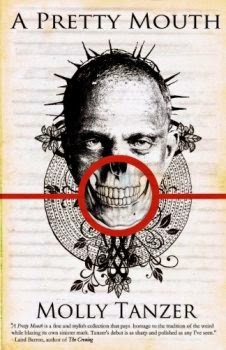 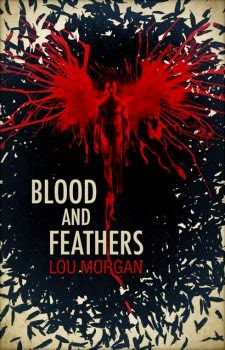 Our fourth and final match in the second round of Bracket Eight of the Battle of the 2012 Books has A Pretty Mouth by Molly Tanzer doing battle with Blood and Feathers by Lou Morgan. The winner will be the book I (Aaron) most want to continue reading after 50 pages.

A Pretty Mouth: Lazy Fascist Press, October 2012, 227 pages, cover art by Matthew Revert. A Pretty Mouth is a novella collected with four related stories, all of which place Lovecraftian creatures in a slightly odd context. A Pretty Mouth defeated Destiny's Flower by Linda Harley to advance to the second round, on the strength of its opening story "A Spotted Trouble at Dolor-on-the-Downs."

In the opening 25 pages of Blood and Feathers, our protagonist Alice saw her father murdered and met two old friends of her late mother, who revealed themselves to be angels. In the second 25 pages, she learns about the angels and their adversaries, the Fallen. She promptly meets one of the Fallen, who takes the form of a creepy statue (or maybe she stumbled onto the set of Doctor Who?). Soon after, Alice finds herself standing in a pool of fire, a newly discovered talent of hers that means she is very important to the conflict between angels and Fallen.

The Battle: This battle pits urban fantasy with religious imagery against tongue-in-cheek Lovecraftian fantasy. These are each the author's first book, yet both narratives are effective, with the authors carrying off their chosen styles with aplomb. To pick a winner, I'm going to have to get nit-picky . . .

Blood and Feathers strikes me as a solid example of urban fantasy, with some nice images such as Alice looking down to find herself standing in a pool of fire. If you're a regular reader of urban fantasy, I think you'll enjoy it. On the other hand, if you're not a fan of the subgenre, I'm not sure there's much here to interest you.

"The Hour of the Tortoise" is a cleverly written piece that does not require the reader to be a fan of Victorian-era Lovecraftian fiction to appreciate it. It leaves me wanting to read further into A Pretty Mouth.

THE WINNER: A Pretty Mouth by Molly Tanzer

A Pretty Mouth advances to the semifinals to take on Libriomancer by Jim C. Hines.

Posted by Fantastic Reviews at 10:04 PM