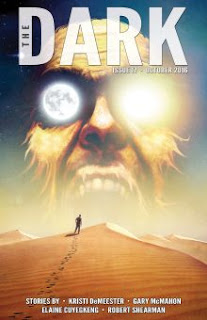 The Dark is a fairly new on-line horror magazine, which I am digging so far. Look for more SROTWs from this publication.
Posted by Fantastic Reviews at 11:03 AM