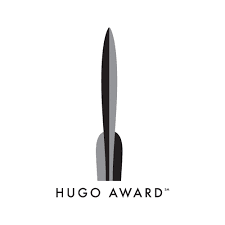 A couple posts ago, I (Aaron) analogized the Sad Puppies / Rabid Puppies to a right-wing group seizing control of the March Madness selection committee and replacing Kentucky, Duke, etc. with Bob Jones U., Liberty U., and such. That right-wing group would pretend the resulting controversy was part of the liberal vs. conservative culture war, but really it would be a war between college basketball fans and the assholes who ruined March Madness.

This year's Hugo ballot is a sham. It is not a legitimate ballot, and I will not treat it as a legitimate ballot. I will vote "No Award" ahead of all the sham nominees. I am aware that some of those sham nominees are in fact good writers who were not directly involved in the Puppies' gamesmanship, and I feel bad for them, but that doesn't make their nominations legitimate. They are some of the many people hurt by the use of bloc-voted slates to turn the Hugos into a political campaign. (In hindsight, I suspect many wish they had declined the nominations, as a number of other proposed Puppies nominees actually did.) In my analogy, the players for Bob Jones U. didn't do anything wrong either, but that doesn't obligate me to pretend that they are legitimate competitors for the championship, when they never would have been in the tournament if the process had been conducted fairly and properly.

I'm aware that a number of well-known SF/F authors, including John Scalzi and Mary Robinette Kowal, are urging voters to consider the merits of all the nominees rather than "No Awarding" the whole Puppies slate. (Take a moment to enjoy the irony of the Sad Puppies encouraging us to do as Scalzi and Kowal suggest, when one of the Puppies' complaints is that Hugo voting is dominated by "cool kids" like Scalzi and Kowal.) That is just what I did last year. Last year the Sad Puppies got several nominees on the ballot through bloc voting. But they didn't vote together on an entire slate so as to nullify everyone else's nominations. The Puppies insist that bloc voting has happened before, and they may be right. And so I read all the nominees last year and voted according to their merits. The only Sad Puppies nominee I ranked below "No Award" was "Opera Vita Aeterna" by Vox Day, because it was so appallingly bad. And we ended up with legitimate winners, even if I didn't agree with all the voters' choices.

This year is different. This year the Puppies voted for an entire slate, filling the ballot with the selections provided them by Brad Torgersen and Vox Day, almost entirely nullifying the nominations of the majority of the voters. That has never happened before, and the result is not a legitimate Hugo ballot.

In the categories where non-Puppies nominations slipped through, I encourage you to vote for those nominees if you like them. Any Hugos given out this year will be tainted, but those nominees at least can say they were nominated and voted on fairly. And I encourage you to rank all the Puppies nominations below "No Award," as I intend to do, with two caveats:

First, you may feel there's no reason to penalize a nominee that would have made the ballot without help from the Puppies. For example, Guardians of the Galaxy did not need any help to get on the ballot for Dramatic Presentation. I will consider voting for it. But I can't see anything in the fiction categories that I can feel confident would have made the ballot without being on the Puppies' slate. It's absurd to assume they all would have, even including all five John C. Wright stories.

A lot of the debate on how to approach Hugo voting this year has focused on tactics, what approach to voting is most likely to convince the Puppies to start behaving. I'm not very interested in those arguments. As I see it, we got into this mess because a group of people got together and voted tactically to make a point. I am going to vote according to my conscience. I cannot in good conscience vote for the Puppies' sham nominees.
Posted by Fantastic Reviews at 11:49 AM

For reference for anyone interested, this is a list (kept up to date) of the current nominees less the slate-voted ones.

Hope this helps. (There may be a couple of changes upcoming as two slate nominees have withdrawn after nominations were announced, but I'll update that page if it affects the list.)