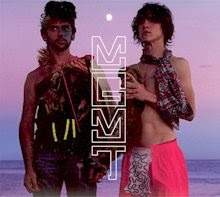 I'd recommend MGMT’s album Oracular Spectacular, despite it being more electronic dance than what I usually listen to. The music won me over, and I was pleased to see that it wowed the critics over at NME.
Posted by Fantastic Reviews at 4:35 PM