Black Creek by Gregory Lamberson vs. Ageless by Paul Inman :: Battle of the 2016 Books, Bracket One, First Round, Battle 5 of 8 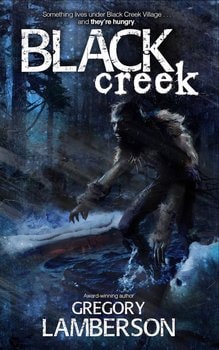 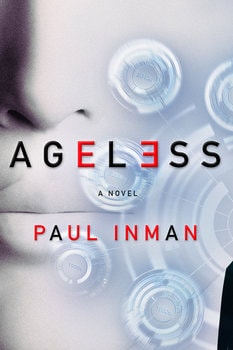 We continue the first round of Bracket One of the Battle of the 2016 Books. The bottom half of the draw begins with Black Creek by Gregory Lamberson doing battle with Ageless by Paul Inman. The winner will be the book I (Aaron) most want to continue reading after 25 pages.

Black Creek: Medallion trade paperback, 351 pages, March 2016, cover design by Arturo Delgado. Gregory Lamberson is a three-time Stoker Award nominee, who competed in the Battle of the 2015 Books, where he had the misfortune to go up against Ferrett Steinmetz in the first round.

Black Creek is set in western New York's Black Creek Village, formerly known as Love Canal, the site of an infamous case of toxic contamination in the 1970's. The place is finally being resettled after nearly 40 years. The cover of the book suggests that residents of Love Canal who refused to leave in the 70's have changed in the intervening years, but we have yet to see them 34 pages in. (I read past 25 pages again. Protests may be filed with the Fantastic Reviews home office in Overland Park, Kansas.) What we have seen is a remarkably large hornet, which our main characters—residents of Cayuga Island, just next to Black Creek Village—speculate may be a mutant. At the end of Chapter Two, one of those characters, Paul, spots a seven-foot hornets' nest clinging to the side of his house. He tells his son not to mention this to his mother, and says, "I need to buy some wasp spray. A lot of it." What could possibly go wrong?

Ageless: Inkshares trade paperback, 266 pages, May 2016, cover design by Marc Cohen. Ageless, Paul Inman's first novel, was a winner in Inkshares' Sword & Laser contest, although the book does not appear under the Sword & Laser imprint.

Ageless begins in Italy in 1943, where a young girl named Alessandra watches the Axis scientists who have been abusing her pack up to flee the advancing Allied forces. We jump ahead to 2022, where Mark Richards, an intelligence operative, pursues an assassin through the streets of Washington, DC. Then to 2005 Florida, where an irresponsible gamer named Grey Chapman meets a fascinating young woman called Alessandra. He spots a scrape on her arm, which soon after has healed completely, which is our only hint so far that this is the same Alessandra we already met, who apparently does not age. Alessandra confides in Grey that she just escaped a man who is trying to kill her.

The Battle: Through 25 (actually 34) pages, both Black Creek and Ageless are reluctant to reveal what the story is actually about. Black Creek has a long infodump about the Love Canal toxic waste incident, courtesy of Helen (Paul the hornet master's wife) lecturing her impressively attentive high school students, but no sign so far of the savage and/or mutant Love Canal survivors. Ageless has given us a couple hints that Alessandra has survived some 70 years yet still appears to be a young woman. But she has not confessed as much, and we have no idea what she has been doing or who might be after her.

Holding back the essence of the story is usually a good way to drop out of the Battle of the Books quickly. Since here both authors are doing it, I have to ask, which novel has nevertheless given me enough to catch my interest and keep me turning pages?

Starting with Black Creek, the story begins with some fairly inane dialogue, but I gather that's Lamberson creating a normal-seeming middle American setting, before everything goes to hell. The first hint of hell approaching is the huge hornets' nest. Paul's decision to take that out himself is beyond foolish, reminiscent of the stupid teenagers who split up to explore the haunted house in a bad horror movie. Luckily for Lamberson, I love bad horror movies!

Meanwhile, Ageless has not given me much to keep me going. The two characters we've spent the most time with so far are Mark, a very bland government operative, and Grey, a highly annoying twentysomething who sponges off his parents to get by then fails to show up to work when he finally gets a job. I'm hoping Alessandra herself will be a more engaging character, but so far I don't know that. Add to this slow opening a major stumble out of the starting blocks: there is a ten-page scene in which Mark chases an assassin, which (based on what we know so far) has nothing to do with the plot of this book. As far as we know, it does not matter at all if the guy gets away; this is just here to show us how Mark spends his days. But then only a few pages later, we see Alessandra, who is upset because a killer has been chasing her. But that chase scene happened entirely offstage.

The rules of the Battle of the Books are inflexible. Perhaps Ageless gets stronger as the novel continues. But unfortunately, opening your novel with a long chase scene I have no reason to care about, while telling me about—but not showing—a chase scene that I would care about, that is a quick path to the BotB exit.

Black Creek advances to the second round, to take on either Roses and Rot by Kat Howard or Hex by Thomas Olde Heuvelt.

To see the whole bracket, click here.
Posted by Fantastic Reviews at 2:56 PM