Battle of the 2014 Books, Bracket One, Second Round :: Mentats of Dune by Brian Herbert & Kevin J. Anderson vs. Motherless Child by Glen Hirshberg 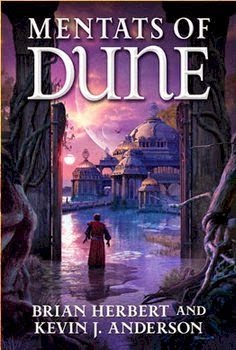 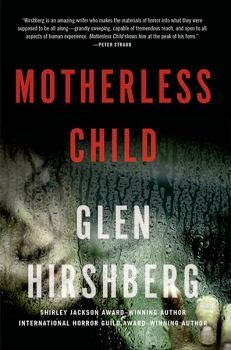 Our third match in the second round of Bracket One of the Battle of the 2014 Books pits Mentats of Dune by Brian Herbert & Kevin J. Anderson against Motherless Child by Glen Hirshberg. The winner will be the book I (Aaron) most want to continue reading after 50 pages.

Mentats of Dune: Tor hardcover, March 2014, 445 pages, cover art by Stephen Youll. Set shortly after Sisterhood of Dune, Mentats of Dune is part of a series of prequels to Frank Herbert's classic novel Dune. Mentats of Dune reached the second round by defeating Tin Star by Cecil Castellucci. The first 25 pages introduced us to Gilbertus Albans, founder of the Mentat School where people are trained for machinelike precision of thought. We also met Manford Torondo, leader of the Butlerians, who are bent on eradicating all high technology, and Josef Venport, head of the VenHold Spacing Fleet, which has placed an embargo on planets that follow Torondo. One suspects the conflict between Torondo and Venport will become bloody.

The next 25 pages set up more conflicts, perhaps more subtle ones. Valya Harkonnen, transformed into a Reverend Mother, allies herself with the Reverend Mother Raquella, who has started a new Bene Gesserit Sisterhood in bitter conditions on Wallach IX. Valya seems poised to take control of this group. Valya despises both Vorian Atreides, whom she blames for her brother Griffin's death, as well as the alternate Sisterhood, led by Reverend Mother Dorotea, serving the Emperor Corrino. Dorotea is on the scene as the Emperor takes harsh measures against members of his wife's family for underreporting taxable income.

Motherless Child: Tor hardcover, May 2014, 269 pages. Motherless Child reached the second round by defeating The Last Weekend by Nick Mamatas. In the opening 25 pages of Motherless Child, our protagonist Natalie and her friend Sophie, both single mothers, met a musical icon known as "the Whistler" and woke up in a car with hazy memories and tattered and bloodied clothes.

In the next 25 pages, Natalie realizes what has happened: they have been transformed by a vampire. She persuades Sophie to give their children to Natalie's mother with instructions to get away before Natalie and Sophie become dangerous. Natalie and Sophie then begin a road trip together, but the Whistler has not forgotten them.

The Battle: We have a battle between a galaxy-spanning space opera and a literary horror novel focused on two women placed in a heart-breaking situation.

I love space opera, and in particular I love Dune, which I've read several times. To me what makes Dune so memorable is how deftly Frank Herbert combined his vast space opera storyline centering on the planet Arrakis with the personal yet powerful tale of Paul Atreides and his family. Brian Herbert and Kevin J. Anderson have done a commendable job of fleshing out the broad story elements of the Dune universe, the Mentats and the Butlerians and the Bene Gesserit and the spice and the competing families and all their assorted political machinations. If you're fascinated with the Dune universe, you should be reading their new Dune books.

But what I haven't gotten a hint of through 50 pages of Mentats of Dune is a personal story comparable to that of Paul Atreides. A host of characters have been introduced, but none strikes me as particularly sympathetic so far. There is no scene like the Gom Jabbar test early in Dune to get me to identify with and care about one of the major characters. (Admittedly, I might already have a favorite character if I had read all the preceding books. The Battle of the Books can be tough on books in multi-volume series that way.)

In contrast, I feel a very strong connection with Natalie and Sophie through 50 pages of Motherless Child. The second 25-page section begins with Natalie leaving her own son and her friend Sophie's son with Natalie's mother, perhaps never to see them again. The scene is related in clipped, matter-of-fact language, because it's told from Natalie's point of view, and the only way Natalie can get through this is to do it quickly, while shutting her emotions off. The scene works beautifully.

A few pages later, Sophie is popping a tape into the car stereo:

For a second, as that first inane guitar arpeggio finished, then repeated, Natalie just stared at the radio display. Mouth open. The dreadful, dripping organ started to pump.

But not until Sophie nodded her head, said, "Oh, yeah," opened her mouth wider, Jesus Christ, to fucking sing, did Natalie punch the eject, rip the tape free, roll down her window, and hurl the cassette sideways into the long, black grass as they hurtled past.

"'Seasons in the Sun'? Are you kidding?"

"Natalie, you turn this car around this instant. You go out in that grass and get my tape."

"That song? You're thinking that song is right for the mood?"

"Children, Sophie. We had some children."

Turning harder than she had to, Natalie swerved the car off the asphalt, where it fishtailed momentarily in the gravel as they slid, down the sloping shoulder into the grass. There they sat, Natalie gripping the wheel, Sophie against her door where the skid had shoved her. The second Natalie shut off the engine, silence rushed down the hillsides and over them. And for a while——Natalie had no idea how long——they just drifted in that. Suspended, like some broken-off section of a sunken ship. Sinking toward bottom.

"So, maybe some Foreigner, then?" Sophie finally said.

I find this sad and hilarious all at once. Another reader might think Natalie and Sophie cold to be trading jokes so soon after abandoning their children. To me, they are ordinary women placed in an impossible situation trying to figure out how to survive. These are characters I believe in and care about, which makes me want to read more.

Motherless Child advances to the semifinal round to face either either Swords of Good Men by Snorri Kristjansson or Words of Radiance by Brandon Sanderson.


Posted by Fantastic Reviews at 10:09 PM